What Is A Fatberg?

What Is A Fatberg?

Everything You Never Knew You Needed To Know About Fatbergs

If you haven’t heard of a fatberg before, you can rest assured you are not the only one. It is however good to learn about fatbergs and how you can contribute to their prevention, because they are becoming a major problem for Chicago’s sewer system.

A Brief History of Fatbergs

In 2013, a Kingston, England sewer worker discovered a blockage that was threatening to flood the streets with sewage. That blockage was a giant congealed lump of non-biodegradable solids, mostly flushable sanitary wipes, and cooking fats. Weighing in at approximately 15 tons, this massive clump of wet wipes and fat was deemed a “fatberg” by the sewer worker who found it. It took over three weeks to clear the blockage from the sewer.

Since then, fatbergs have been forming in city sewer systems all over the world, causing untold headaches to city managers and municipal employees from London to Baltimore and everywhere between, including Chicago. In fact, a portion of the largest fatberg found to date—a 130-ton monster found in the Whitechapel area of London—has been added to the permanent collection at the Museum of London.

Fatbergs form at rough spots within the sewer system, such as the places where pipes join or around cracks in the surface of pipe walls. They grow the same way clogs in your home drains grow; bits of debris get snagged on a rough spot and accumulate grease, then more debris, then more grease, until a snowball effect has created a giant blockage made of fat, wet wipes, feminine napkins, human waste, condoms and other unsavory items.

The older the sewer system, the more likely fatbergs are to form, as older pipes have more imperfections. Chicago has one of the oldest sewer systems in the nation, so our sewer system has its fair share of fatberg problems.

Are You Contributing to Fatberg Formation? 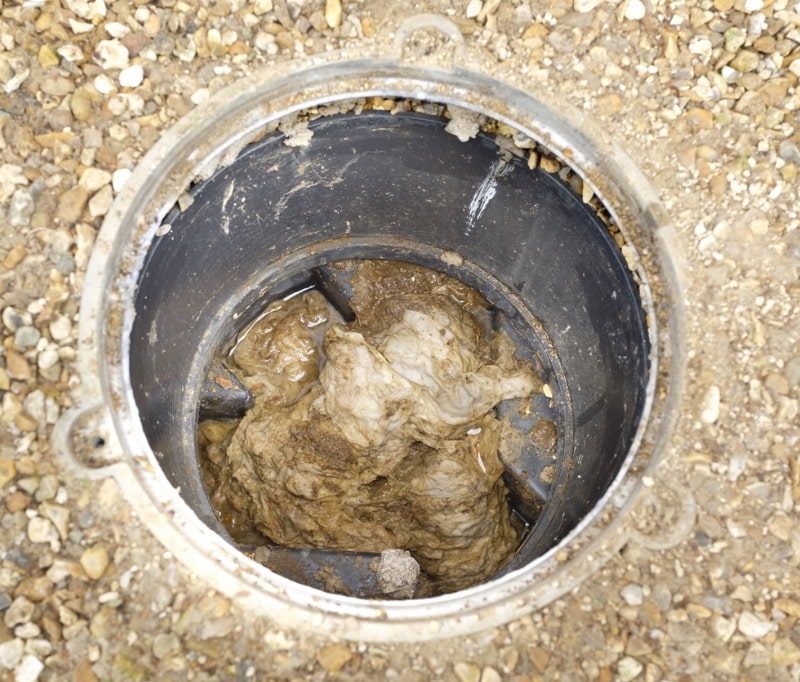 As nasty as fatbergs are, they’re actually quite easy to prevent. Make sure you’re not contributing to the formation of fatbergs in your Chicago neighborhood by following these simple steps.

Don’t pour your cooking oils down the drain. Poor them in the trash.

Let’s all pitch in to keep our sewers clean and fatberg-free.

And remember, if you need any plumbing services for your Chicago area home, call J. Blanton Plumbing at (773) 724-9272. We provide most services on the same day, and sometimes within the hour!